Reports suggest that through the previous few years, digital marketing media spending has outraged television advertising spending by three times, and the figure is improving.

But, television advertising is still competitive with unique features that digital marketing lacks. Latest technologies are revolutionizing the television industry with innovations like Smart Television. Lack of advertising and impact measuring metrics aren't the major problem; technology will take us there soon.

Television ad campaigns are majorly used to target large audience bases. Considered an essential part of a family, people watch television gatherings with their family, friends, and relatives and celebrate their relationship with TV.

Considering these emotional factors with television, marketers have been enjoying the effectiveness of TV advertising for a long time. But, digital marketing intervention is now changing how marketing efforts are implemented.

Understand the effectiveness of television advertisements through these points -

Whether TV advertisements thrive for effective quantitative metrics, television ads have the highest entertainment value. Advertisers are highly known for their impact ability and are full of colors, creativity, movies, good human association, and fun factors.

Whether 90% of the television industry faces declining factors, these factors are still considered to provide television as a major source of sales conversions.

But, Smart television has taken responsibility for revolutionizing the television industry. Existing television operators and subscription channels are presenting people through OTT platforms and YouTube channels. Though people buy OTT subscriptions with ad-blocking facilities, the advertisement chances can't be neglected.

The innovations in the television industry are changing the long-headed path of TV advertising. Television is now considered the new digital marketing equipment, which helps marketers equally like other IoT devices.

Mobile users are the most lucrative and impactful for any digital marketing campaign. According to Statista, 58.99% of website traffic is generated only by smartphone users, following other IoT device users like PCs, laptops, etc.

Though time will enhance the television and digital marketing relationship, marketers must start condensing their marketing efforts toward TV to relish long-term results.

Dynamic advertisements are also trending in the current timeline to engage customers with a brand. During showtime, this type of ad appears on the side of the screen. Advertisements can be shown both during live broadcasts or repeat telecasting.

An example of dynamic advertising is sports ads during tournaments. The conversion rate from these ads depends on the attractiveness of the ads. Attractive, meaningful, and persuasive ads can bring better conversions, whether non-meaningful ads are a waste of money.

Addressable TV ad campaigns can present personalized and different ads to people watching the same live show, broadcast, and repeat telecasts. Marketers can run customized ads based on the various locations, demographics, and psychographics as they use digital marketing.

Over The Top platforms are the major competition for satellite broadcasting TVs. But marketers can customize their tv campaigns according to the requirements of the existing television watchers.

Digital marketing campaigns are automated and predefined to analyze and present ads to customers at the right time. Traditional television is contrary, time-consuming, and dependent on human efforts and auditing to show perfect ads at the right time.

Advanced or programmatic TVs can solve these redundancy issues. Programmatic TV can be customized to predefine analytics and advertisement showing features, making it capable of presenting ads to customers with its own decision.

Also, advanced TVs can be used for multiple purposes, to stream live events, gaming, OTT streaming, and more. Metaverse events will also get available to advanced TVs in the foreseeable future.

As more television watchers prefer Smart TVs to interact with top-class content, marketers are getting more liberty to use advanced TV marketing. In the future, advertising efforts will bring more condensation to advanced TVs.

Digital marketing is the inevitable future; traditional media are also rerouting their pathways to digital marketing. Television is about to follow the same route, yet these TV advertising trends can help marketers engage a large amount of traffic.

These TV advertising trends will help broaden the market's top funnel, and there'll be no boundaries between digital marketing and traditional marketing.

How You Can Build A Powerful Influencer Marketing Strategy In 2022?

Why Media Mix Optimization is Necessary in Modern Marketing? How To Build An Effective Trade Show Marketing Strategy 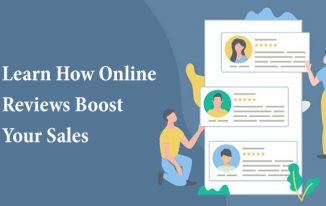 How to Submit Your Website to Search Engines in 2023